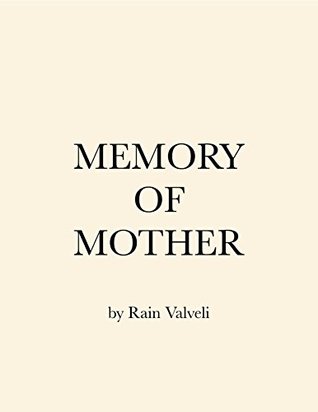 The story is about an ordinary woman whom is inexplicably forced back in time 30 years, and though this creates infinite complications in her life, she embraces the predicament as it gives her a chance to spend time with her dead Mother. Nu Huong lands from 2016 to 1986 and is perceived as a governmental spy by her Mother, Trinh. Unbeknownst to Nu, Trinh is an exceptionally wealthy businesswoman with a massive security detail. Nu’s struggle is preventing Trinh’s death whilst cherishing every moment she can with her amidst her imminent fate.

This is a sweetly enchanting story which delicately imbues comedy, love, & sadness into an unforgettable tale of motherly and daughterly adoration.

Memory Of Mother is a multi-part tale.
This is Chapter 1: Huong Manor.
Future chapters will release when they’re ready.

This book is written in a style which blends the formality of novels with a flavourful sprinkle of screenplay format. As there are many primary characters and multiple spoken languages, this format best expresses our tale for reading fluidity.

ARC received from the author in exchange for an honest review.

Nu is a property manager. Today is inspection day, so she goes about her routinary checks. She’s on her way back to her office, when she notices peculiar things about her surroundings. Everything looks old-fashioned, it’s as if she’s been dropped into the past.

It’s the first time I’ve read a book in a screenplay format. It was an enjoyable experience for me. I still have a lot of questions regarding this story. The author mentioned that new chapters will be released in the future, so I’ll hold my curiosity until then.