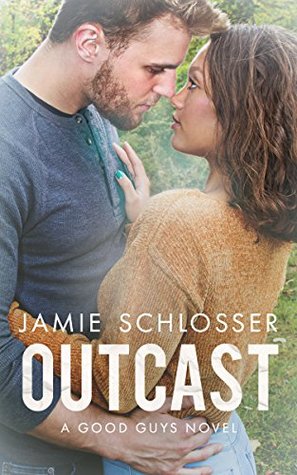 KAYLA
My infatuation with Ezra Johnson started how all obsessions begin—with a simple crush. Over the years I silently soaked up every shy smile and random act of kindness, wrestling them away to a secret place in my heart meant for unrequited love.
Because if it wasn’t for the fact that I tutor him once a week, I’m pretty sure he wouldn’t even know I exist.
Then I find his sketchbook.
And it changes everything.

EZRA
There are two certainties in my life: I’ve been in love with Kayla Reynolds since I was fourteen, and I can’t have her.
I’ve spent years settling for a two-dimensional fantasy world, capturing her beauty with a pencil and paper. She’s kind, smart, gorgeous…
And she belongs to someone else.
Or so I thought.
An interesting turn of events makes me realize things aren’t always how they appear on the outside, and now I’ve got my chance to be the man she deserves.
For as long as I can remember, I’ve been called a loser. The cripple. An outcast.
But maybe—just maybe—this time the good guy won’t finish last.

Although OUTCAST is the fourth book in the Good Guys series, it can be enjoyed as a standalone. Due to language and sexual content, this book is intended for readers 18 and older.

Oh I do love good guys. Everyone always goes crazy for the bad boys, but I’ve never really found them appealing. The good ones? They get me.

Ezra has such a pure soul. He was bullied and mistreated his entire life for his physical disability. It was so hard to read about him suffering. Despite all of the verbal and physical beatings he received, Ezra always made it a point to be kind. He helped anyone he could, and he treated everyone with respect. That type of kindness is what the world needs. Ezra never aimed to get even.

Kayla is different. She has two dads, and she looks different from everyone else. She’s been in love with Ezra for years. She sees him for who he is. A kind and warm soul. She tutors him in math even though she’s not good at math herself. She would do almost anything to be close to him. One day, she sees what’s inside Ezra’s sketchbook, and she finally knows how Ezra has always been in love with her too.

Ezra and Kayla were each other’s first everything. They learned together, and they fought together. There were hardships that came along when they went to college, and experienced changes, but they got through it together.