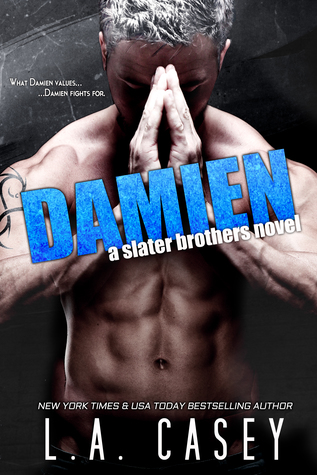 Alannah Ryan had always suffered in silence, until that silence became so deafening she spilled secrets that she never intended to. At one point in her life, she yearned for adventure, a nail biting journey … something other than the mundane life she led. Her pleas were answered in the form of a tall, handsome heart breaker with a mop of white hair.

Alannah’s dreams for an exciting twist in her life were shattered because of a teenage mistake. One that has haunted her for over five years, and left her in pieces.

Damien Slater was the reason for every bad thing in the lives of those he loved most. A decision he made when he was just fifteen destroyed his brothers’ lives, and there was nothing he could do to change the things they had endured. Ruining them hurt, but ruining the only woman who wanted him for more than one night hurt a hell of a lot more.

Running away helped Damien heal, and returning to Ireland only caused Alannah more pain. Pain he intended to eradicate and replace with the passion he knew they both shared. Breaking down her walls was not the only challenge Damien faced. Another had plans of his own, and his intentions weren’t for physical vengeance, but something far worse.

I waited four years for this book. I basically stalked the author on facebook; anticipating every single post. I just about died when I learned that Damien’s book was going to be last. I must admit that after Dominic, I didn’t read any more of the books in the series, but now that I’ve finished Damien, I’m willing to go back and read all of them. I know I’m doing it backwards, but whatever.

Damien groveled. I loved it. I hate it when the male protagonist doesn’t try hard. It angers me. This was great, because Alannah also realized her faults. She wasn’t entirely innocent in the whole situation. Damien told her over and over again that he wasn’t good for her, and she shouldn’t be with him, but she didn’t listen. Damien could have handled the situation better, but he was a child with issues, so it was to be expected of him. He went away to better himself for Alannah and for him.

I now understand why this book had to be last. I hated the waiting time, but it was worth it to finally see Damien and Alannah together.