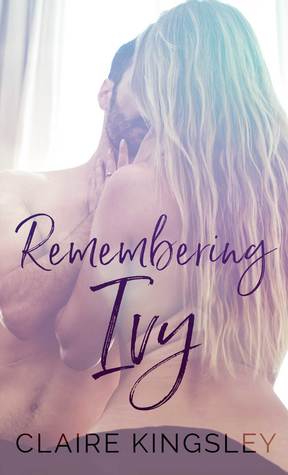 After putting her life on hold to care for her dying father, Ivy Nichols feels stuck. Alone and disconnected, she’s struggling to pick up the pieces and move forward.The mysterious William Cole walks into her life, like a beacon of light in a fog. He’s sensual and captivating—awakening Ivy in ways she’s never experienced before.

But he knows things about her—deeply personal things—that he shouldn’t. His explanation is impossible, but the alternatives are worse. Her friends insist he’s either a con artist, or he’s crazy.

With her heart on the line, Ivy has to decide who—and what—she believes. The rational explanation from her trusted friends? Or the impossible story from the man without a past? The man who swears he will do anything to protect her.

One thing she is sure of—William doesn’t just know facts about her life. He knows her, inside and out. He knows her as intimately as if he’d spent every moment of his life loving her.

And, according to him, he has.

Ivy is trying to move on from the death of her beloved father. She distracts herswlf with books and with work. She’s living a nice and quiet life. She’s content, but then she meets William, and she realizes that something great was missing from her life.

William is stalking Ivy. At first, she wasn’t sure, but she asked him point blank, and he said yes. I found it funny and precious that William was always so honest with Ivy. He didn’t pretend to be anything else but himself. He was quite quirky, but I loved that about him. He was such a special guy. Innocent, sweet, and loved with everything in him. I appreciated that although William was quite weird, Ivy understood his quirks, and she always asked questions before reacting. There wasn’t any drama in their relagionship.

This story is for those who’s looking for something sweet and light.