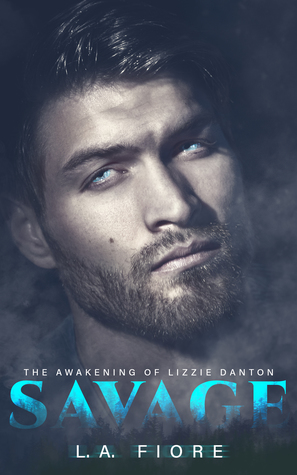 They call him a monster.

Pale blue eyes as cold as ice that see right through you.
He’s hard.
He’s damaged.
He’s dangerous.
He lives in a castle fit for a fairy tale, but he’s no prince.
He’s savage.
He’s brutal.
He’s a killer.
By an act of fate, our worlds collide.
They call him a monster, but he is my salvation.

Due to strong language and sexual content, this book is not intended for readers under the age of 18.

I love books that have beautiful settings. This one was set in Scotland. I’ve always wanted to go there, and reading about Lizzie and Brochan’s story made me want to go there even more. The way the places they went to were described sounded like paradise. I always enjoy books that I completely get lost in, and this book is one of them.

Lizzie and Brochan were both abused by their parents when they were growing up. Lizzie’s father never visited her after the divorce. He would only send her money. Her mother was emotionally abusive. She was constantly makinh comments about Lizzie’s weight. Lizzie was dropped off to boarding school at the age of ten, and that was the last time she ever saw her mother. Brochan’s father was emotionally and physically abusive. He blamed Brochan for his wife’s death. She died giving birth to Brochan. The things done to him were horrendous, and could traumatize anyone.

In spite of everything, Lizzie was always looking at the bright side of things. She always saw the good in everyone. Brochan was closed off, and he appeared cold and ruthless to everyone. I was anticipating their meeting so much, because I wanted that happily ever after that they both deserved so much. This story shows that there are many bad people in this world, but there will always be good people to help you as well. This is such a wonderful story, and I cannot express how much I recommend this!