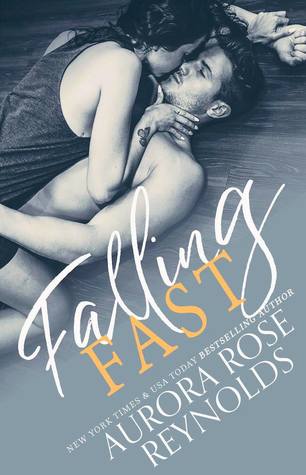 Colton Allyster is relieved to be back home.

After a year of rehabilitation, losing his career as a Marine along with his fiancé, he’s had to learn quickly what’s really important. Colton grew up wanting to serve his country. Managing his parents’ biker bar was never part of his plan, but after meeting Gia Caro, he’s beginning to think that’s exactly where he’s meant to be.

Ever since Gia Caro arrived in the small, sleepy town of Ruby Falls, Tennessee, her life has spiraled out of control. Between losing her grandmother a little more each day to dementia, and her hot boss’s constant attention, her once quiet existence isn’t so quiet anymore.

After weeks of sidestepping Colton, things get out of hand, and before Gia knows what’s happening, she’s spending her nights in his bed and her mornings in his kitchen. And as he cleans out drawers and makes room in his closet, she starts to wonder if she’s falling too fast.

I knew Gia and Colton were getting a book when I first read about them in Until June. It was the perfect storyline.

Gia’s life was an unfortunate one. Her mother died because of a car accident. Her father then married shortly after, and her step mother was not kind at all. Colton’s fiance left him when he needed her the most. He had to learn how to walk again after being shot while serving his country.

Colton took it slow with Gia. He knew that she had a lot going on in her life, like taking care of her grandmother. He waited until he though she was ready, then he made his move. They helped each other in everything, and they accepted everything about one another.

ARR is my go to author when I need a book with a guaranteed happy ending, and a lot of swoony scenes.