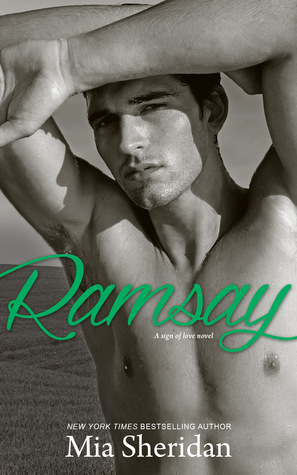 Lydia De Havilland is shocked when Brogan Ramsay suddenly reappears in her life. Several years before, Brogan was the son of her family’s gardener, and the boy she hurt and betrayed. But Brogan is no longer the quiet, sensitive boy she remembers. Now he’s a man—gorgeous, powerful . . . and seeking vengeance.

Brogan Ramsay can’t let go of the memory of Lydia tricking him cruelly, leaving his heart shattered and his family penniless. And now he’s back to destroy her family the way his was destroyed. There’s only one problem . . . the girl who wounded him so badly years ago is now a woman who still has the power to render him breathless.

Ramsay is the story of betrayal and wrath, of the strength of regret and the power of forgiveness. It is the story of the thin veil between love and hate, and how more often than not, when we seek to inflict pain on others, the heart we wound is our own.

THIS IS A STAND-ALONE SIGN OF LOVE NOVEL, INSPIRED BY ARIES. New Adult Contemporary Romance: Due to strong language and sexual content, this book is not intended for readers under the age of 18.

Brogan is out for revenge. His target is Lydia De Havilland and her brother Stuart. He holds them responsible for destroying his life. He had to do things that he despised to earn a living and to feed and care for his family. Now, he’s very successful. He can finally take the De Havillands down.

Lydia has been running the family business and basically making sure that his brother doesn’t run it into the ground. Ever since their father died, Stuart has been making a mess of things, and Lydia has been fixing them. After all of her hard work, Stuart loses the business in a game of cards to no other than Brogan.

Brogan set out to ruin Lydia’s life. He humiliated her and made her feel worthless a number of times. It was frustrating, because Lydia never fought back. She thought she deserved it. At first I thought she deserved it as well, but when I found out the truth, it made me hurt with her. It wasn’t her fault at all. I mean fine, she was incredibly naive and a little stupid, but that was her only fault. After the truth came out, they both had to find a way to move on. They still loved each other deeply, so they tried to let go of their pasts. It wasn’t easy. Lydia and Brogan have both been through a lot, and most of it wasn’t pleasant.

This story showed me that if you love each other enough, forgiveness will and happiness will prevail.