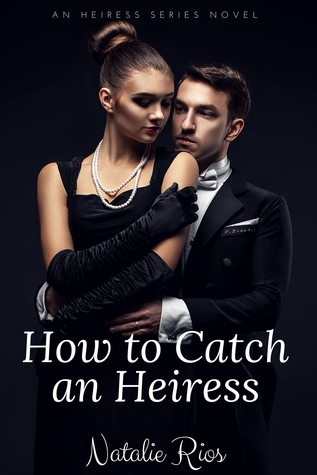 Anthony Carter has not had it easy in life. In a matter of months, he lost his mother to cancer along with his much coveted spot in a prestigious doctoral program. Swimming in debt, he’s been forced to move back to his hometown in rural Montana and take whatever job he can find. A drunken weekend in Vegas is exactly what he needs to help him forget his problems.

A recent break-up with her boyfriend of nearly a decade has left straight-laced Liz Rockwell disillusioned with love and in desperate need of a vacation. She gets more than she bargained for when one drunken night at a Vegas bar results in her being married to Anthony. Embarrassed by her lapse in judgment, Liz is ready to make this whole night just go away. A quickie divorce seems like the best solution to their problem, until Anthony realizes who Liz really is.

Known in the media as the Candy Heiress, billionaire Liz is the answer to Anthony’s prayers. All he has to do is convince her to write him a check. Unfortunately, Liz is not one to be easily intimidated or coerced. Discovering the Rockwell family secret may be Anthony’s only hope. But the more time he spends with the intelligent and tenacious Liz, the more he realizes their chapel wedding may not have been such a drunken mistake after all…

Waking up married in Vegas was not what Liz and Anthony planned. Liz just got out of a 10 year relationship, and she isn’t looking to get into a new one. Anthony has too many problems to even think about being in a relationship with someone, but it looks like their drunken vegas wedding might be the answer to his prayers.

Liz was a strong character. She’s an heiress, but she’s never touched the family fortune. She uses her hard earned money to support herself. She was very independent. It took a while to get used to her attitude. I didn’t care for her at first, but in the end, she was cool.

Anthony was smart and charming. I didn’t agree with what he intended to do in the beginning. I understood that he was desperate, but I still could not approve of it. He really fell for Liz in the end, so that made me like him.

If you’re looking for a lighthearted romance, then this book is for you.