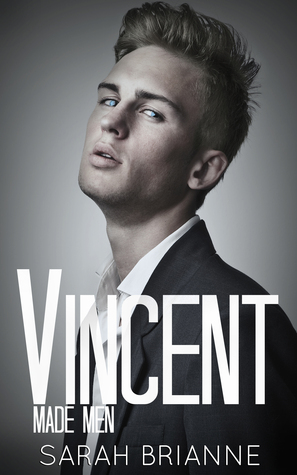 Vincent knows the glamorous side of the Mafia, being born a soldier.
Lake lives on the opposite side of the tracks, born the daughter of a soldier.
The light and dark side of him are at constant war, but he is letting his darkness reign.
She is trying to find peace, and she will soon be far enough away to find it.
Discovering that his boss owns her, showed him how little he knew her.
Knowing all about him only makes her want to hate him.

Well this was certainly entertaining! If you’re looking for a deep and realistic story, this book is not for you. I find it hilarious when I read negative reviews on books that target readers who are looking for crazy and highly amusing books, and complaining about it being unrealistic. I mean, come on, really?!

Vincent was suddenly attracted to Lake. He doesn’t know how to handle it, because she’s always just been his little sister’s best friend. Lake really has a lot of issues in this book. The girl just cannot catch a break. Her father’s a gambling addict, her mother is useless, and she just had a shit life. Whenever something went wrong with her parents’ lives, she’s the one who always has to fix everything.

I didn’t agree with some of the decisions she’s made in the book, but I understood. Some of them were just plain stupid, but I really did understand. It would have been a shock to me if Vincent was suddenly interested in a relationship with Lake after immediately seeing her, so I was glad that he claimed her when he decided that he really was ready and he couldn’t take not being with her anymore. He was crazy, but he protected Lake, and he really did everything he could to make her safe.

The next book’s title is “Chloe”. That is just cruel! The author really wants to drive me crazy. If she doesn’t end up with Lucca, I’ll be so mad!

2 thoughts on “Review: Vincent (Made Men #2) by Sarah Brianne”