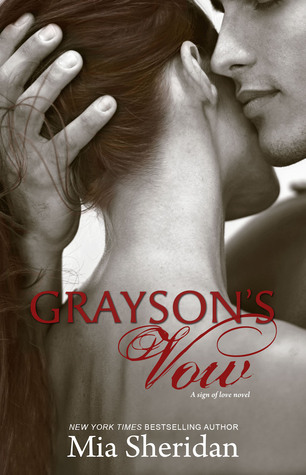 A full-length, standalone romance from the New York Timesbestselling author of Archer’s Voice.

Some challenges in life seem too hard to overcome. With little money, and even fewer options, the quick-witted and vibrant twenty-two-year-old needs to reinvent herself. Known for her generous heart and impulsive personality, she devises a survival plan, possibly her most outrageous idea yet.

Some obstacles in life seem too hard to overcome. Betrayal definitely being one of them. With limited capital, and dwindling resources, he is attempting to resurrect his failing family vineyard, a self-imposed vow seemingly destined to fail. That is until a young woman enters his office with an outlandish, unexpected proposition impossible to refuse.

What begins as a temporary business arrangement, soon evolves into more as vivacious, spirited Kira challenges detached, arrogant Grayson to want more from life. To want more for himself. But as their wills clash and fiery passion ignites, they’ll realize that sometimes the past creates walls too difficult to climb, and that lies and deception rarely precede a happily every after.

As Kira and Grayson race toward their destiny, they will discover that some vows are meant to be broken, and others are worth risking everything for . . . even your very own heart.

THIS IS A STANDALONE SIGN OF LOVE NOVEL, INSPIRED BY LIBRA. New Adult Contemporary Romance: Due to strong language and sexual content, this book is not intended for readers under the age of 18.

ARC provided by the author in exchange for an honest review.

Kira is desperate. She really needs funds if she’s going to escape her controlling father. She has no one and nothing left.

Grayson is also desperate. He needs money to save his father’s vineyard.

Kira makes Grayson an offer that he thinks is insane, but he agrees to it anyways. Now that they are both stuck in their predicament for the time being, they have to suffer within each other’s company.

Kira is such a lovable character! She’s fun, bubbly, compassionate, and just a good person. She cares about other people, and she’s one of those characters that you want to be best friends with. She was just the right person for Grayson.

Grayson is a dark cloud on a sunny day. He’s tempestuous, impatient, and easily annoyed; but he was a good person. He’s just had a very hard life. His father is one of the biggest assholes to have ever graced the earth, and his life in general just really sucked.

Grayson and Kira’s relationship was rocky at first, but they began to understand each other, and soon, real feelings began to bloom. There were times when I wanted to slap Grayson. He was so frustrating at times! He made me crazy! He was also kind of emo at times.

I mean I got it, his life was sad, but come on Grayson, get it together. Good thing Kira was an absolute delight. Her inner sunshine could brighten anyone’s day, even Grayson’s.

I really love how the story was set in a vineyard. It just makes everything more enchanting! Thank you to the author for such a beautiful story.