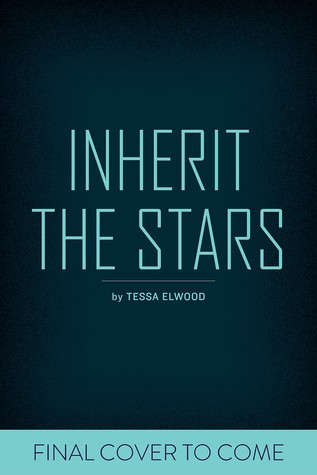 Three royal houses ruling three interplanetary systems are on the brink of collapse, and they must either ally together or tear each other apart in order for their people to survive.

Asa is the youngest daughter of the house of Fane, which has been fighting a devastating food and energy crisis for far too long. She thinks she can save her family’s livelihood by posing as her oldest sister in an arranged marriage with Eagle, the heir to the throne of the house of Westlet. The appearance of her mother, a traitor who defected to the house of Galton, adds fuel to the fire, while Asa also tries to save her sister Wren’s life . . . possibly from the hands of their own father.

But as Asa and Eagle forge a genuine bond, will secrets from the past and the urgent needs of their people in the present keep them divided?

Author Tessa Elwood’s debut series is an epic romance at heart, set against a mine field of political machinations, space adventure, and deep-seeded family loyalties.

ARC provided by the publisher in exchange for an honest review.
Release Date: DECEMBER 8, 2015
I liked this more than I thought I would! I found it to be fast-paced and very entertaining.
This books starts off with Asa in a (I spent 5 minutes thinking what to call it) spaceship/plane with her sister Wren. Wren is obviously dying and Asa is getting frantic, because unfortunately, that’s not the only problem. Imagine that. Their people are attacking because they are starving. So just imagine a bunch of incredibly starving people, total chaos.
Asa is in the house of Fane. Her father is their ruler. The Blight has ruined some of their most fertile planets, so they are fast running out of food. In order to help their house, Asa’s other sister, Emmie, has to marry the heir of the house of Westlet or in their terms join with him through a blood bond; but stuff happened and Asa ends up being the one to bind with the heir.
Eagle is the heir of Westlet. Oh how I loved him. He was closed-off and distant all the time, but I still loved him! He had his reasons.
Asa and Eagle did not experience insta-love. It was more of a let’s be reluctant companions-kind of friends-friends-closer than friends-lovers kind of thing. I appreciated that, but being me, I would’ve been down with insta-love. Leave me alone about it okay?!
But. Yes, the inevitable but. The book does have its flaws. Sometimes I found myself to be very confused, because I thought the author was trying to give me more information than I could handle. There were a lot of terms, so I had trouble remembering what all of them meant.
Maybe I’m just stupid, that could be it.

Jokes aside, that was really a problem for me. Maybe I should just write all the terms and definitions down, so I wouldn’t bother going back pages to look for them again and again. What a great idea. Damn I’m awesome.
It does come out on December though, and it is an ARC, so I’m willing to forgive these mistakes. I think this could be fixed with some more editing, so I’ll just have to buy the book when it officially releases.
A breakdown of the houses:
Fane: Absolutism, Kind of poor as of this moment, has so many problems, not really the place where it’s going down (sorry)
Westlet: Corporatism, Rich as of this moment, there will be a lot of problems, I guess I could live here
Galton: I think it’s Corporatism, Super rich, evil bastards, I’m not evil so I don’t really feel like living here
This book will be coming out on DECEMBER. Imagine how long I’ll have to wait for the second book.
GOODREADS | AMAZON

4 thoughts on “Review: Inherit the Stars by Tessa Elwood”