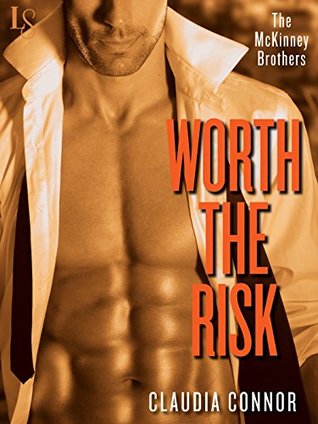 When a McKinney brother falls in love, powerful emotion and overwhelming desire are never far behind.

Two hearts locked away . . . Hannah Walker spends her days coaching children through injury and trauma, one therapeutic horseback ride at a time. She knows all too well how violence can change a child and leave scars that never heal. It’s easy for her to relate to the kids; what isn’t easy is the thought of facing her own harrowing past.
Millionaire playboy Stephen McKinney could use a little coaching himself. Five years ago he encountered his most horrible nightmare—and the nightmare won. No matter what he achieves, nothing can make up for that awful night . . . or so he believes.
Both desperate for a second chance . . . Stephen is used to getting what he wants. And he wants Hannah. So when she turns him down, he’s intrigued. What he doesn’t know is that her secrets will lead him to a place he never wanted to go again . . . to a side of himself he’s tried to forget . . . a side that would scare Hannah away from ever loving him. Now his only chance to win her trust is to bare his soul, risking everything he tried so hard to protect.
Includes a special message from the editor, as well as an excerpt from another Loveswept title.

4.5 stars!
Oh Stephen. I’ve been really curious about this guy since the first book. He was mentioned like once or twice, but that was enough to make me really excited about his story!
This guy has been through a lot. His life may look perfect on the outside with women all wanting him, men wanting to be him, more money than 99% of the population, but he’s not. He’s empty. He’s miserable. He lost the love of his life. He distanced himself from his family and buried himself in work, but then came Hannah.
Oh Hannah. This girl has experienced the worst kind of nightmare. A criminal minds episode type of nightmare. She was so strong even when she thought she was weak. Her brothers were all overprotective because of what happened to her. She loves them and she appreciates their concern, but she wants to be independent and she wants to move on from what happened to her. She thinks she’s weak because she still sometimes needs her brothers, but I think she’s so strong because she was still able to smile and live despite what happened to her.
Hannah beguiled Stephen since the first time he saw her, but he was just too afraid to love again. He made a lot of mistakes, mistakes that made me want to hit him, but he made up for them. He worked hard to earn Hannah’s trust.
I must say that I kept anticipating glimpses of Matt and his family. They’re just so cute!
This story was about letting go and letting love in. It was really nice to read about Stephen and Hannah healing each other. Can’t wait for the next book!