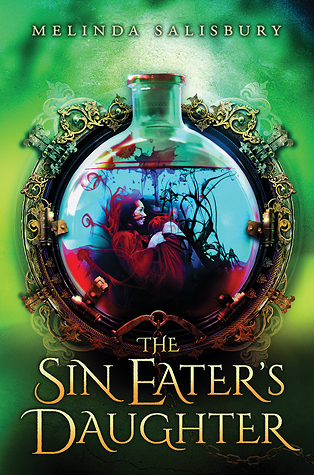 Seventeen-year-old Twylla lives in the castle. But although she’s engaged to the prince, Twylla isn’t exactly a member of the court.
She’s the executioner.
As the Goddess embodied, Twylla instantly kills anyone she touches. Each month she’s taken to the prison and forced to lay her hands on those accused of treason. No one will ever love a girl with murder in her veins. Even the prince, whose royal blood supposedly makes him immune to Twylla’s fatal touch, avoids her company.
But then a new guard arrives, a boy whose easy smile belies his deadly swordsmanship. And unlike the others, he’s able to look past Twylla’s executioner robes and see the girl, not the Goddess. Yet Twylla’s been promised to the prince, and knows what happens to people who cross the queen.
However, a treasonous secret is the least of Twylla’s problems. The queen has a plan to destroy her enemies, a plan that requires a stomach-churning, unthinkable sacrifice. Will Twylla do what it takes to protect her kingdom? Or will she abandon her duty in favor of a doomed love?

I was really excited to start this book, because the synopsis had me hooked, and that cover is just so beautiful!

This story had many twists that I appreciated. Sometimes I had to stop reading to take all of it in, then delve right back in the book to read what happened again.

Twylla is “blessed” by the gods with the power to kill with a touch.

I’m not really sure how that’s a blessing, but I’ll roll with it. She brings hope to the people of Lormere, because she is believed to be the daughter of the gods, and has been given such a powerful gift.

I found Twylla’s situation to be really pitiful. She was lonely and she was forced to do things that she did not want to do. Twylla was not a strong character at first and she did the queen’s bidding; but she was by no means stupid, she was just naive.

Twylla is engaged to the prince, but she might as well not be for the prince pays little to no attention to her existence. Then the prince returns from a two year journey and suddenly Twylla is someone who he wants, someone who gives him hope.

Twylla is only allowed out of her room with two guards, so when one of her guards got sick, she got a new guard.

That’s when things started to get really exciting. Leif, her new guard, was a breath of fresh air for her. Now is there a love triangle? Not really. Twylla only really cared about one guy.

The queen was bat-shit crazy. She really was. It worked though, because it made the story even more compelling for me.


This book was intense and I thoroughly enjoyed reading it. I would gladly read the second book!